Chess is a game played by two people on a chessboard, with sixteen pieces (of six types) for each player. Each type of piece moves in a distinct way. The goal of the game is to checkmate, that is, to threaten the opponent's king with inevitable capture. Games do not necessarily end with checkmate – players often resign if they believe they will lose. In addition, there are several ways that a game can end in a draw.

Besides the basic movement of the pieces, rules also govern the equipment used, the time control, the conduct and ethics of players, accommodations for physically challenged players, the recording of moves using chess notation, as well as provide procedures for resolving irregularities which can occur during a game.

The origins of chess are not exactly clear, though most believe it evolved from earlier  chess-like games played in India almost two thousand years ago.The game of chess we know today has been around since the 15th century where it became popular in Europe. 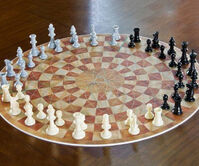 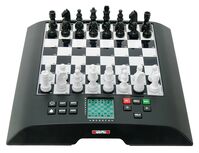 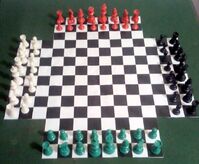 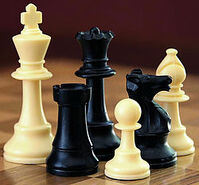 Each piece in chess has different way of moving around the board and capturing pieces.

How Do You Play Chess?

A player is in a situation known as a “check” when their king at risk of being captured the next turn. The player who is in check must urgently get his king out of check on their next turn.  To accomplish this, he or she must either:

If a player is unable to get their king out of check, this is known as a “checkmate” and the game ends with the other player winning.

Also, a player can not put himself or herself into check, i.e. to make a move that exposes your king to capture on the next turn.

There are two other situations that are possible, though less common:

Either player can resign (give up) at any time and accept a loss.

How to Play - wikiHow